Wasps are forming massive “super nests,” with thousands of insects ready to sting, according to agricultural experts in Alabama.

The Alabama Cooperative Extension System warned of nests the size of a Volkswagen Beetle, with as many as 15,000 wasps inside ― up to four times the size of normal nest.

These super nests can be attached to cars, inside garages and sheds, in or on the ground, or on homes.

In most years, the winter freeze kills off many colonies.

But that doesn’t always happen ― and when a colony survives the winter, a super nest can form.

“The queens are the only ones who have an antifreeze compound in their blood,” Charles Ray, an entomologist with the Alabama Cooperative Extension System, told The New York Times.

He said climate change is one reason for the survival of so many colonies:

So normally, a surviving queen will have to start a colony from scratch in the spring. With our climate becoming warmer, there might be multiple surviving queens producing more than 20,000 eggs each.

The Alabama Extension said this year is already outpacing 2006, when some 90 of these massive super nests were found in the state.

WFSA, the NBC station in Montgomery, said 15 have been found this year so far. 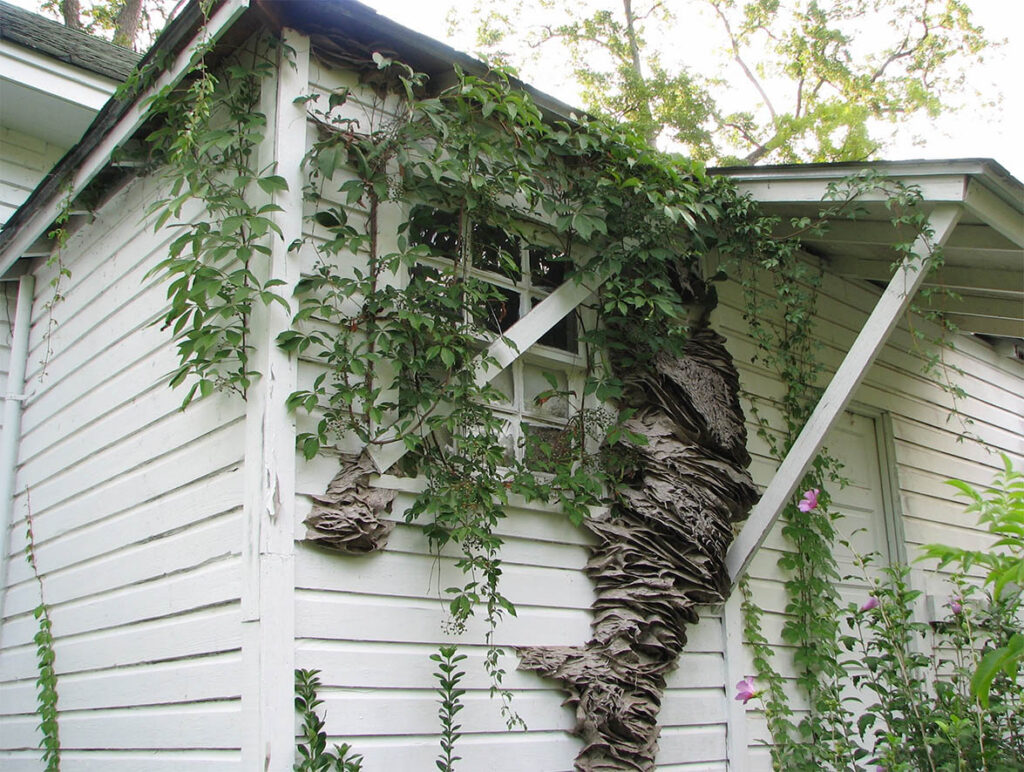 “Any place where it’s good shelter, where it doesn’t freeze, the colony probably won’t die off,” Clint Hester of Stark Exterminators told the station. “So you have the new ones, plus the old workers and double the size of the colony in just one year.”

Stark warned people not to mess with the massive nests themselves, but to call in an expert.

And while Alabama seems to be where the nests are concentrated ― so far ― neighboring states are also concerned.

WSB, the ABC station in Atlanta, said Georgia officials are already watching out for these super nests, warning in particular of yellow jackets, an aggressive wasp that often forms nests in the ground.

After finding a very dead skunk in my backyard, I called Critter Busters and they scheduled an appointment for the same day.  Their excellent service technician, Jose, arrived exactly on time, removed the skunk and thoroughly disinfected the area. He was very professional, and I didn't feel like he was just disposing of a carcass -  rather, he respected that it had been a living creature.  I highly recommend Critter Busters and Jose; it is rare to find a company that offers exceptional service at a fair price. — Betsy I. Los Angeles, CA Via Yelp